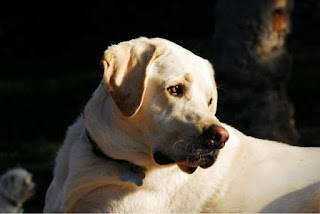 The Labrador retriever is currently the most popular breed in America; and for good reason. They are highly adaptable, highly trainable, and love to be part of any family, especially one with children. We currently have eight in our pack. They are fun-loving party animals and outstanding cuddlers (just make sure you wear them out first!). 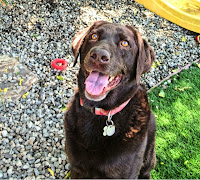 ORIGIN: The Labrador retriever originated in Newfoundland. The breed began as St. John's water dog by early settlers in the 16th century. It is believed the original lab (St. John's water dog) was a cross of English, Irish and Portuguese Water Dog working breeds and the Newfoundland. In the early 1800's the Earl of Malmesbury visiting Newfoundland developed an affection for the dog and had it imported to England. It was he who gave the breed their new name "Labrador". The dog was bred with setters, spaniels, and other "retriever types" in England to perfect the present known Labrador Retriever. The breed in Newfoundland eventually died out because of the heavy dog tax and extreme quarantine leaving England the sole breeders of the Lab. It is a darned good thing the Earl imported this extraordinary dog or he would have gone extinct. 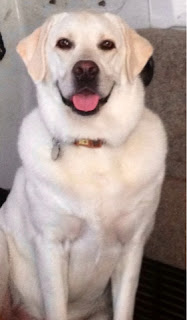 USES: Their original use in Newfoundland was as a fisherman's companion helping to pull in nets and catch fish that escaped from fishing lines. After they were imported to England and "perfected" as the Labrador Retriever, they became the perfect gun dog. They assisted the hunter in the "retrieval" of game. Their soft jowls made it possible to carry the small game and birds in their mouths without a single puncture to the hunter's catch. Other modern day uses for this extraordinarily adaptable, highly trainable breed include: tracking, watchdog, police work, narcotics detection, guide for the blind, service dog for the disabled, search and rescue, sledding, carting, agility, field trial competitor and competitive obedience. It is no wonder they are the most popular breed in America! 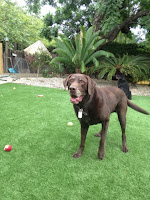 INTERESTING INFO: Even though they have short hair they ARE shedders! Be prepared for that short, fine hair to accessorize any outfit. They, like the Golden Retriever, have two types: the English (or show) lab, a more mellow breed with shorter legs, stockier body and a slower metabolism. The other type is the American, or field, Labrador. These have longer legs, a longer body and a higher metabolism. Labs absolutely must be an integral part of the family with their "pack leader" willing to do the work to be the "pack leader"or labs can become bored and destructive. 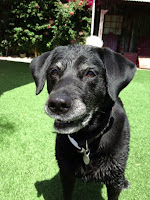 If you are looking for the perfect jogging companion your children can grrow up with and are willing to put in the work necessary (basic training and getting him/her a lot of exercise and love), the Labrador Retriever may just be the breed you have been looking for.