This English Bulldog is definitely an "acquired taste" for anyone interested in spending a portion of their life with them.  There is also much controversy surrounding this breed.  So, whether you are a Bulldog enthusiast, or one who has knows nothing about the breed, this blog will be a very interesting and informative one. We encourage you to pull up a chair, grab a snack and learn about one of the most  fascinating and controversial breeds The Mindful Dog will ever cover.

WARNING:  There is explicitly graphic information regarding what this breed was originally bred to do, so if you tend to be queasy, DON'T grab a snack first!  (But you might want to grab a drink!)

Over the course of the past 14 plus years we have been in business, we have learned there are certain breeds which don't work out with the nature of our pack.  We tried many bulldogs when we first began to work with dogs,  and found out quickly that "only an exception to the breed" would work out with our Pack. (That sole exception, out of 8-10 we had tried out, has been Beatrice.)  The following information explains why. 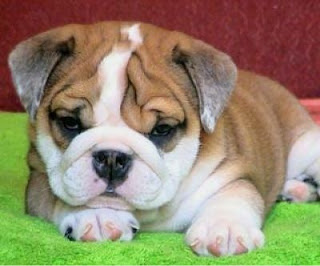 ORIGIN:  The English Bulldog  (different from the American and French Bulldog) originated in the British Isles sometime in the 1500's.  The only breed we could reference used in the creation of this breed was the Asiatic Mastiff.  Now here's the queasy part.... the breed was created for the sole purpose  of "Bull Baiting", (hence the name "Bulldog").  Bull Baiting was a cruel fighting sport where several bulldogs were set upon a tethered bull to see which dog could bring it down.  How did a bulldog bring down a bull you ask?  They would start by attacking and biting at the underneath of the bull.  The bull would reach down to defend itself.  At this point, the bulldog would attach itself to the bulls nose, cutting off the oxygen supply and creating excruciating pain as it shook and ripped until the bull collapsed and the dog was able to completely pin it. (What a lovely way to spend an afternoon!)  Many dogs were maimed and/or killed by the bull in the attempt and people bet on which dog they thought would be the victor.  Thankfully, this "sport" was deemed cruel and made illegal by the Cruelty to Animals Act in 1835.  After Bull Baiting was outlawed England no longer had a use for the breed and many were exported to America. At the time New York City had a problem with wild bulls running about the city and wreaking havoc. Americans trained the bulldogs to attach to the nose of a bull long enough to allow people to get a rope around the bulls neck and dispose of them. The breed was later crossed with the pug to create more of a "companion dog". 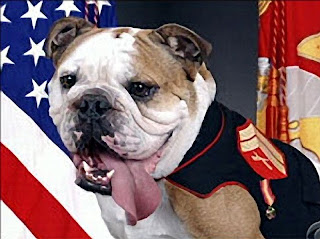 INTERESTING INFO:  The skin folds on the face of the English Bulldog were developed by breeders, who saw these folds as being useful in catching the blood from the bull, so as not to run into the bulldog's eyes during Bull Baiting matches.  The under bite was also a breeder creation, being more effective than an overbite in being able to lock hold of the bull.  The English Bulldog remains the most popular dog breed used as a mascot.  They are still  used to represent England or the United Kingdom.  It's the official mascot of the United States Marine Corps and many bases actually have the mascot on base.  Thirty-nine American Universities use a Bulldog as their mascot (we do not believe every one of these is the English Bulldog though.)

HEALTH ISSUES:  Breathing problems, windpipes that are too small, poor eyesight, heat intolerant. Bulldogs are very prone to heat stroke, and are very cold sensitive as well.  They are also subject to mast cell tumors, skin infections and hip and knee problems.  They are also a smelly bed partner because they are very prone to flatulence  (Sorry Beatrice, but we KNOW this is true.)

THE CONTROVERSY:  This breed is so riddled with health problems that the AKC, in 2009, stepped in and created stricter breeding standards, as the problems are so severe, it diminished the life expectancy by several years for most bulldogs.  There is also "hush hush talk" by some of the leading authorities about exactly how much more needs to be done by science and breeders in order for bulldogs to lead a healthy life, and if this can actually be accomplished or not. 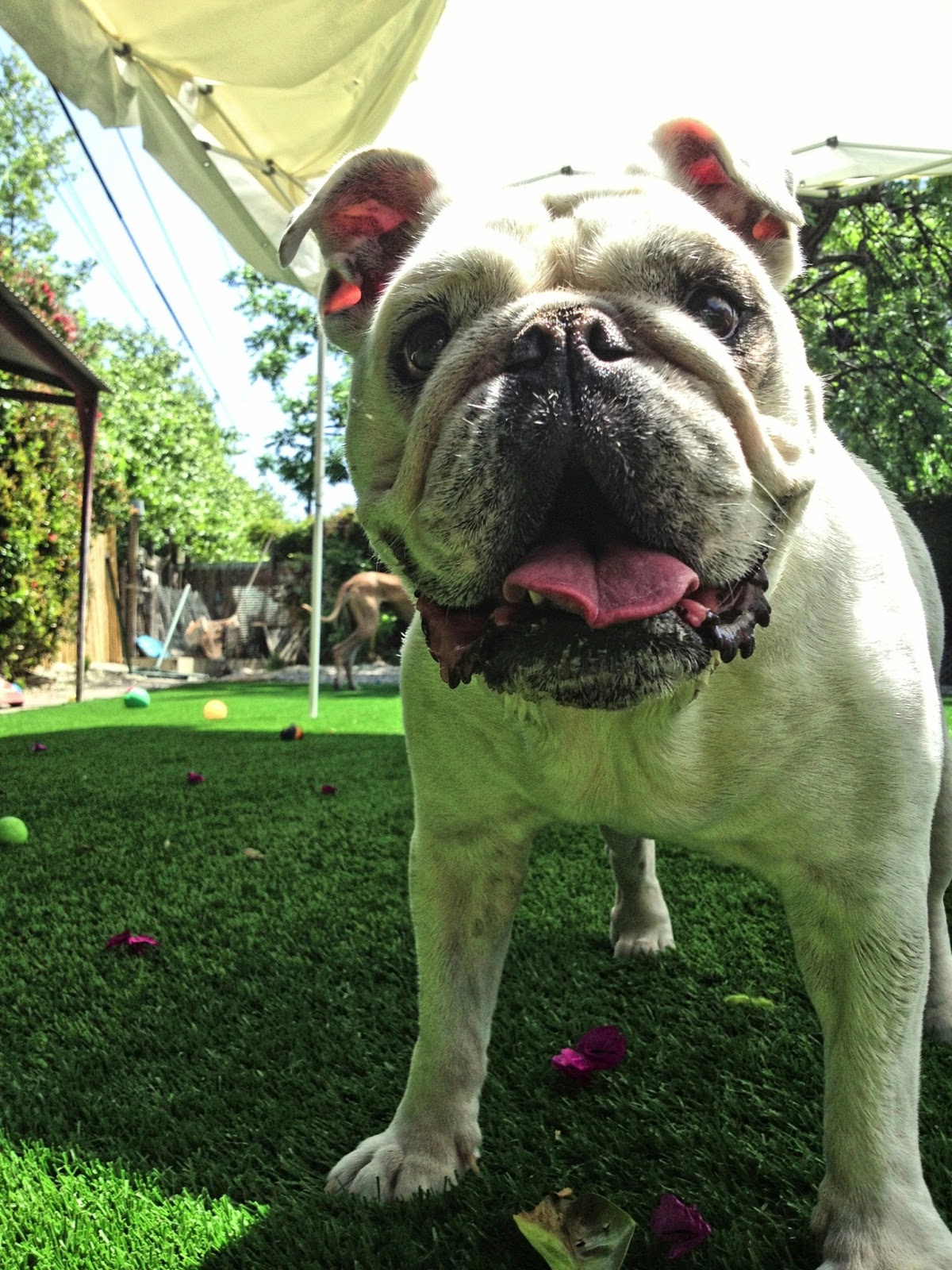 PERSONAL OBSERVATION:  We stated above Beatrice is the only bulldog to succeed with our pack.  Even though much has been done to breed out the original aggression needed for bull baiting, bulldogs can be very "possessive" with toys.  This "possession aggression" has it's roots in the genetic instincts created for the breed. Other bulldogs we tried would jump up at other other dog's mouth (mimicking bull baiting) and attempt to take their toy. Often they missed the toy and instead latched onto the dog's mouth.  Needless to say, this is a behavior we cannot tolerate for the sake of our pack. Beatrice is the ONLY bulldog we have had who just chooses a toy she wants, runs along with the pack and never tries to take a toy out of another dog's mouth. Pretty impressive Beatrice!  We also attended an exhibit years ago at the Museum of Natural History on the origination of the dog.  They grouped every breed of dogs together except  one: The Bulldog. This is because of the myriad of health problems and their physical structure, both have which have been drastically altered by humans, is so dramatically different from that of other breeds.  They are also the most stubborn breed we have ever encountered (bull-headed). 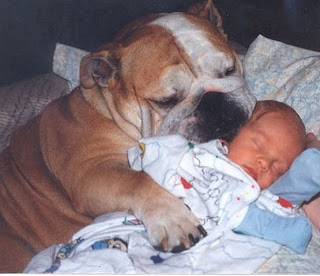 It may appear we have done a bit of "dishing" on the English Bulldog.We don't mean to shed a negative light on the breed. Like all breeds, a bulldog simply "is what is is", and their behavior and health issues are simply a reflection of their genetic instincts. In truth there are many positive aspects associated with bulldogs. They can be very sweet companion and family dogs. They do require exercise, but not overly so and can easily live in an apartment comfortably and happily.  They are also very affectionate with all family members, requiring lots of attention and love. We absolutely love Beatrice and she conveys every positive, wonderful aspect associated with the breed.

Is a bulldog right for you?  It could be the start of a beautiful relationship just as long as you are aware of ALL aspects of Bulldogs!! It also helps if you are a heavy sleeper (they snore big time!)  With their  many health problems it's also important to get good pet insurance. And finally, you must be more stubborn than this courageous, loving breed in order to be the leader of your home pack.